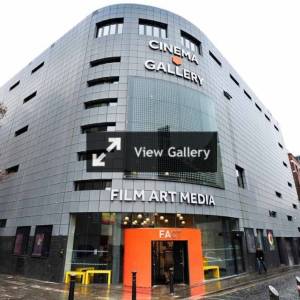 Liverpool's culture renaissance and revitalised Baltic Triangle area were selected as highlights by travel bible Rough Guide when they named the city in the top three to visit this year.

Already 2014 is shaping up to be an incredible year in the city. Today the Sea Odyssey giants were named to be returning while other big eventsinclude the Rock ‘n’ Roll Marathon Festival in May, March's reopening of the Everyman theatre, the Jazz Festival and Mondrian at Tate Liverpool.

Talking about the city, Rough Guide said: "What began with the gradual redevelopment of the Albert Dock area has evolved into a full-blown cultural renaissance.

"Liverpool, once named the world’s pop music capital, has rediscovered its mojo. And guess what? It’s setting trends again. Visit in 2014 to experience the Liverpool Biennial, a ten-week-long contemporary arts festival over the summer that sees the city filled with works from around the world.

"Also keep an eye out for new creative quarters like the Baltic Triangle, where bars and fashion studios are springing up in old, brick-built warehouses near the Mersey."

Brazil’s Carnaval capital Rio was named top spot ahead of Bosnia and Herzegovina's Sarajevo while Glasgow was named number nine. 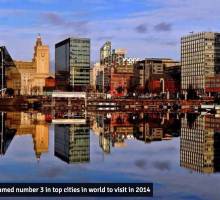